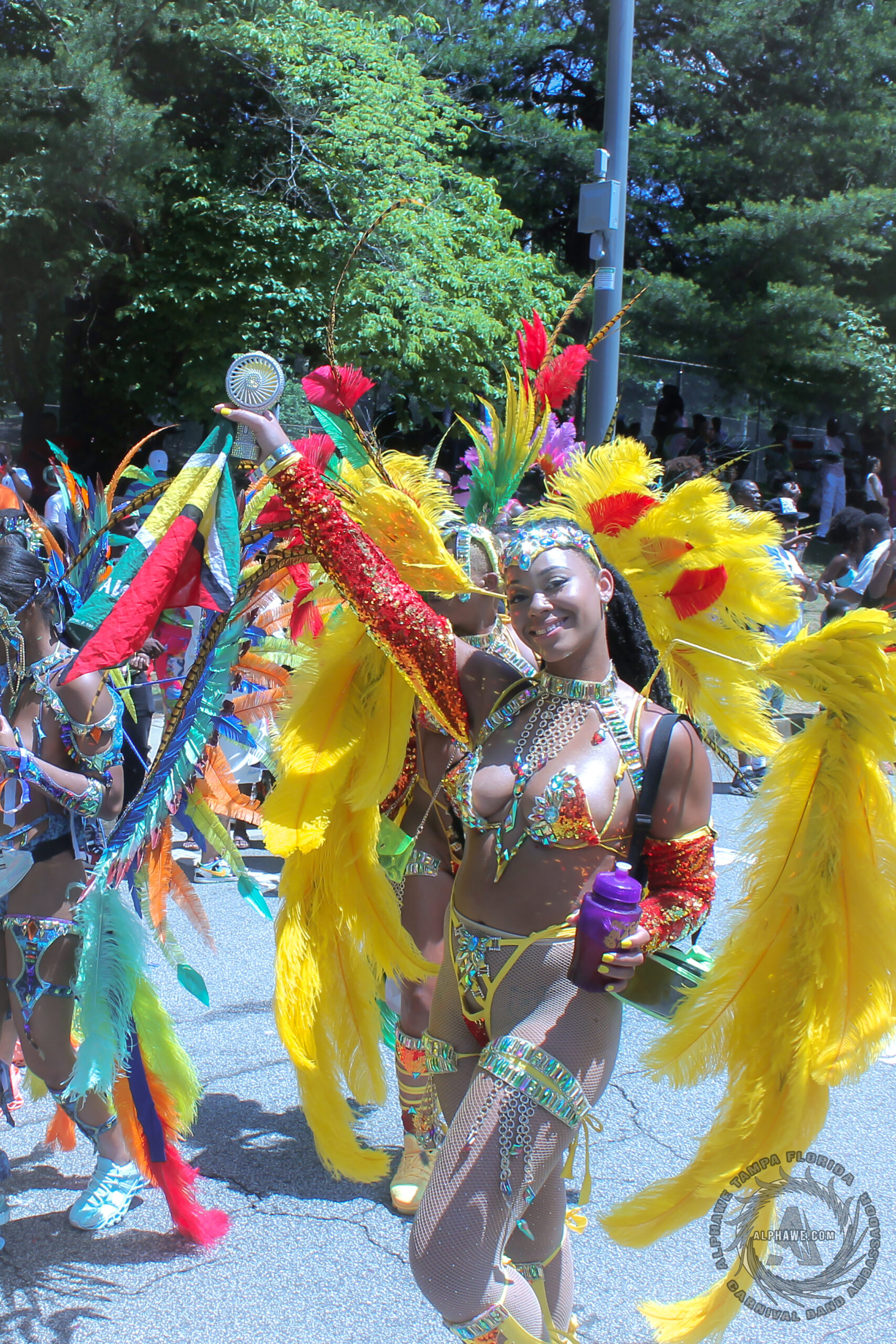 We are happy to have completed our first official AlphaWe Art Culture and Entertainment, Ambassador trip to Atlanta for the Caribbean Carnival 2022.  The whole thing was quite a vibe with high points and low points, but we will focus on the big picture.

Fresh Off our home base presentation of the Genesis Theme in Tampa Florida the Spirit was still in the air.  We were very excited to experience what an entirely different state was doing to keep the culture alive.  Carnival has traveled the world, being represented in some way on every continent.  With every adaptation, there are tweaks made to fit different tastes and draw from local cultural norms.  These ambassador trips give us the chance to mingle with a totally different market, to extend the invitation to partner in future Carnivals, and of course, see what revelers are asking for in other regions.  That’s how Carnival grows, and an exchange of ideas ensures that we all benefit from the evolution.

Right off the bat, there were some obvious differences to deal with in Atlanta compared to Tampa.  One of the first was that the Carnival itself was split into two separate events, one was held Downtown (our original destination) the other in Dekalb (the spinoff).  There was a multitude of reasons cited to propose this was a good idea and others raised concerns it was not.  Most seemed lean towards keeping the event as one huge event but honestly with the significant size projected for both crowds I would imagine it would be quite the task to manage. One glaring issue is that both events take place on the same day and are not even fifty miles apart. You are pretty much targeting the same market, with the exact same product, essentially there is no way to promote one, that does not impact the other, and your reveler is caught in between.  This is not an issue unique to Atlanta though, we have seen this happen in many other Carnivals and the outcome is usually a net loss to the experience.

This is what lead to the first incident, as we took the 400-mile trip we were paying attention to social media, and then the news came out that Dekalb County canceled their parade mere hours before it was supposed to take place.  We have no visibility into why this was but the issue communicated was that permits were not approved and a lack of police resources to cover the event.  This triggered some major backlash because revelers who paid a significant amount of money to play mas with their costumes now had to scramble.  Either you appear on the sidelines downtown or miss out on the fun of masquerading.  It was a no-brainer, any decent reveler will want to make their investment worth it so of course most of those people decided to go downtown.

Remember how I said I could only imagine managing a larger crowd with one huge event, well unfortunately they had to do just that in the end, no imagination was necessary.  The downtown plan now had to deal with a larger crowd, extra pressure on security, and the strain on the cleaning crew to handle the mountain of litter left behind (just to list a few).  Certainly, lots of lessons were learned to plan for the unexpected next year.

Let’s put that aside though and talk about the positives (remember the big picture).  The costumes were magnificent, and the sight of so many big trucks with equally massive sound systems on the road was a welcome return from the pandemic days.  We also saw some familiar faces with the Poison Dart Sound out of Tampa fueling REGGAEMATIC-on-the-ROAD.

I must commend the police presence; they did a wonderful job of keeping things in order keeping traffic moving and they generally looked like they were happy to be there.

Overall I was surprised how much I had to remind myself that I wasn’t on a Caribbean Island at times. I hope that next year they find a way to work together to have one event. If a split is necessary maybe consider having it on different days event different dates a few months apart.  Dueling events always confuse the reveler.  If the event was held in one place and security and clean-up staff increased, I can easily see ATL Carnival being a 10/10 like most years past.

Thank you, ATL we are very much interested in seeing you again in 2023.