While the story of Gasparilla notes that this pirate invasion took place back in the 18 th and 19 th century, Alpha We “Band of the People” happily joined in the festivities as part of Tampa Bay’s “Caribbean Krewe” in the Gasparilla Day and Night Pardae. Organized by Tampa Bay Carnival, many of the different Caribbean cultures were in place to represent their festive backgrounds by show of colorful costumes, dancing and uniting with all in attendance. 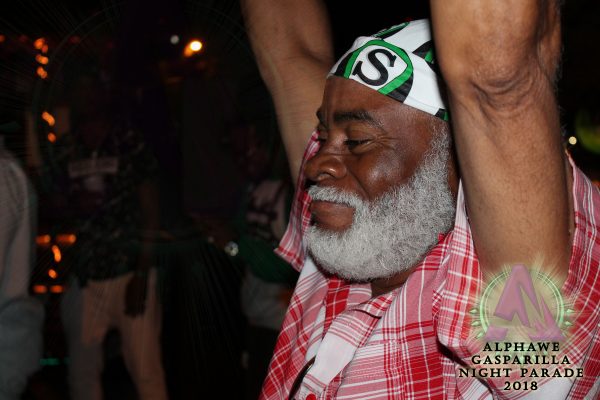 Alpha We, Band of the People celebrated the debut by sporting the rich blue, yellow, black and white costumes. The men were fashionably dressed in the tribal helmets which matched with their roman empire designed body belt and arm bands. The ladies wore their classy Alpha We designed two piece jeweled costumes that represented true beginnings. What is there not to like about  eathers? Alpha We Beauties wore their feathered back, arm and leg pieces with elegance. Together the men and ladies wonderfully represented their “Revolt” theme.

The long Day parade stretch was exciting from beginning to end. The Djs kept everyone from the feters
to the crowd moving. This event was just the warm up which led to the even more eventful “Night
Parade”.

The Gasparilla 2018 Night Parade was like none ever experienced before. Alpha We showed up and showed out. This was a fete to remember. The Caribbean Krewe Masqueraders once again came together in full form ready to display the true party flavor.  Prior to the start of   masquerading, folks from all over came to vibe with the Caribbean Krewe. What a great time!

The crowd absolutely gave a wondrous response to all masqueraders and music that could be heard miles upon approach. 2018 was epic and well remembered. It doesn&#39;t end there. Alpha We, Band of the people will once again join in Gasparilla Day and Night Parade 2019.   Now is the time to link up for the festivities. You don&#39;t want to miss it!  Registration will soon be open. Only those with costumes are able to masquerade in the parade. We all are looking forward to providing a great experience to all who join in.

Gasparilla 2019 Launch will take place in November  2018. Details soon to be posted! 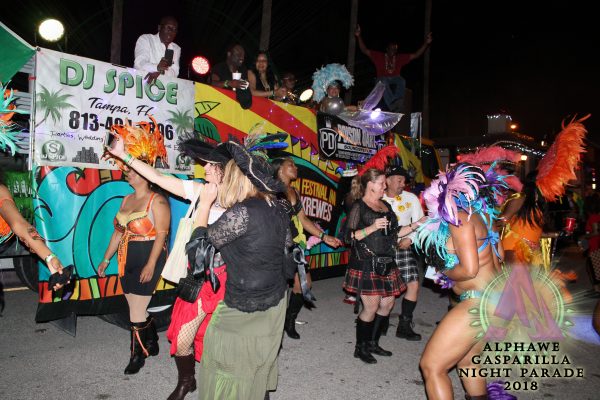 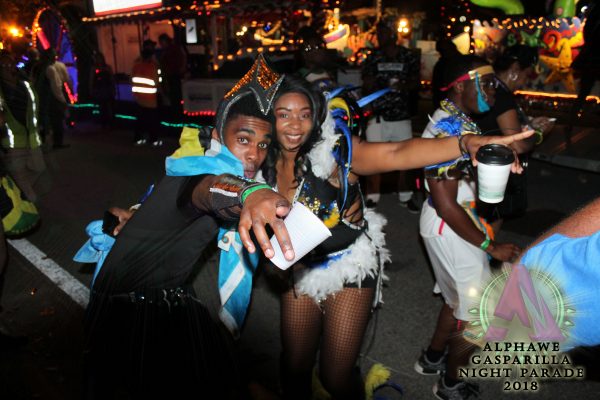