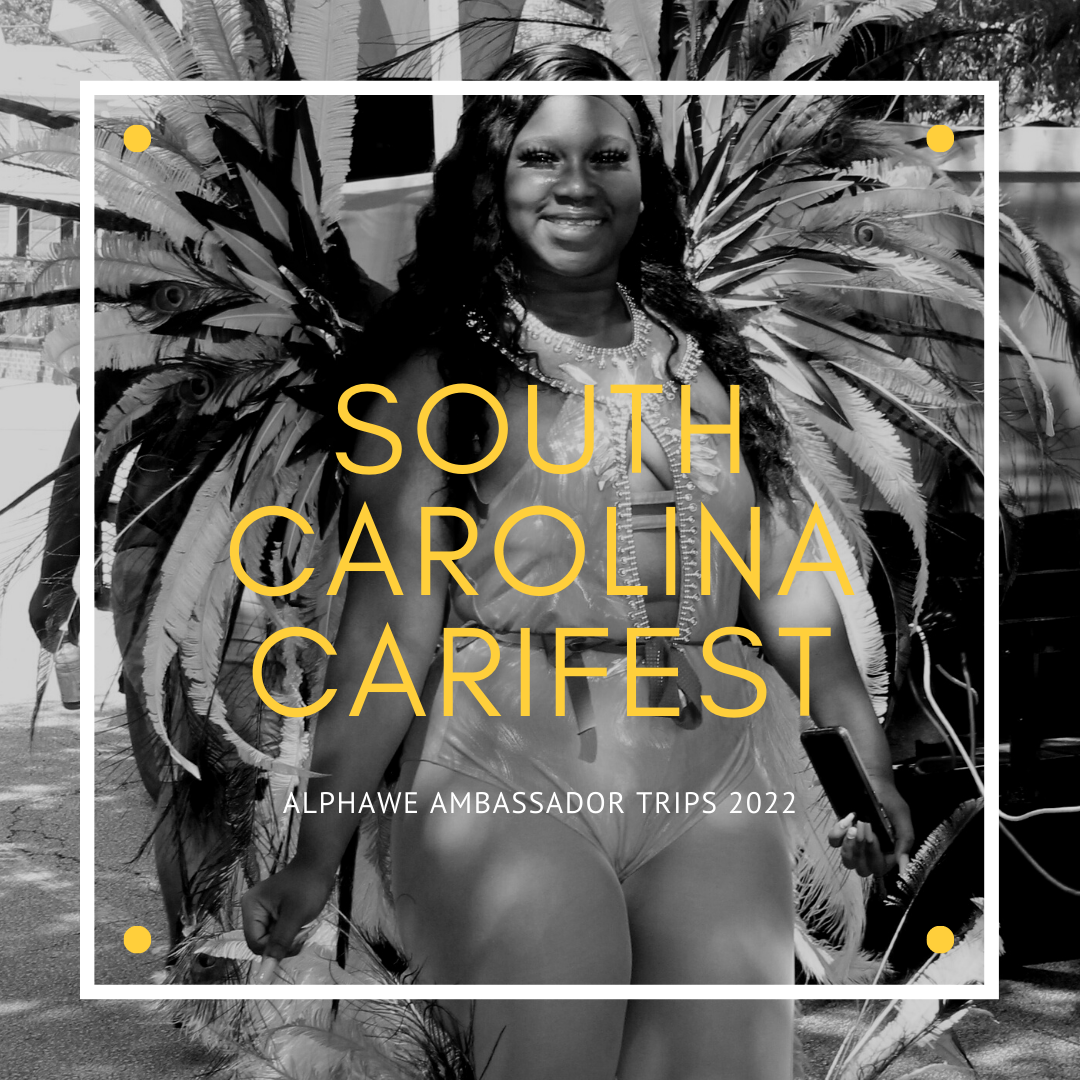 As the month of June marked Caribbean American heritage, AlphaWe continued in the celebration by traveling to Charleston, SC for another Ambassador trip.  On June 13, 2022, Charleston Carifest began their festivities by lining up their masqueraders on John Street.  While small in number, the masqueraders were ready and paraded through King Street to Brittlebank Park where they greeted festival participants in dance and spirit.

This being a new start for Charleston SC, the vendors were sure to participate.  There were small businesses that consisted of Caribbean flags and apparel, travel
agencies, and not to forget the food.  There were various food stands to choose from. Jamaican Grill was one of the restaurants that stood out among them all.  Their menu proved their quality in the food served.

The entertainment demonstrated the state’s well-known, “geechie” and “gullah” culture.  The local artists did not disappoint Charlestonians throughout the evening.
Bacchanal Mas Band, Kandy Land Mas band, Celestial Mas band, and others showcased their locally designed costumes for the public.  Those who had never had this experience surely left with an open mind and wanting more.