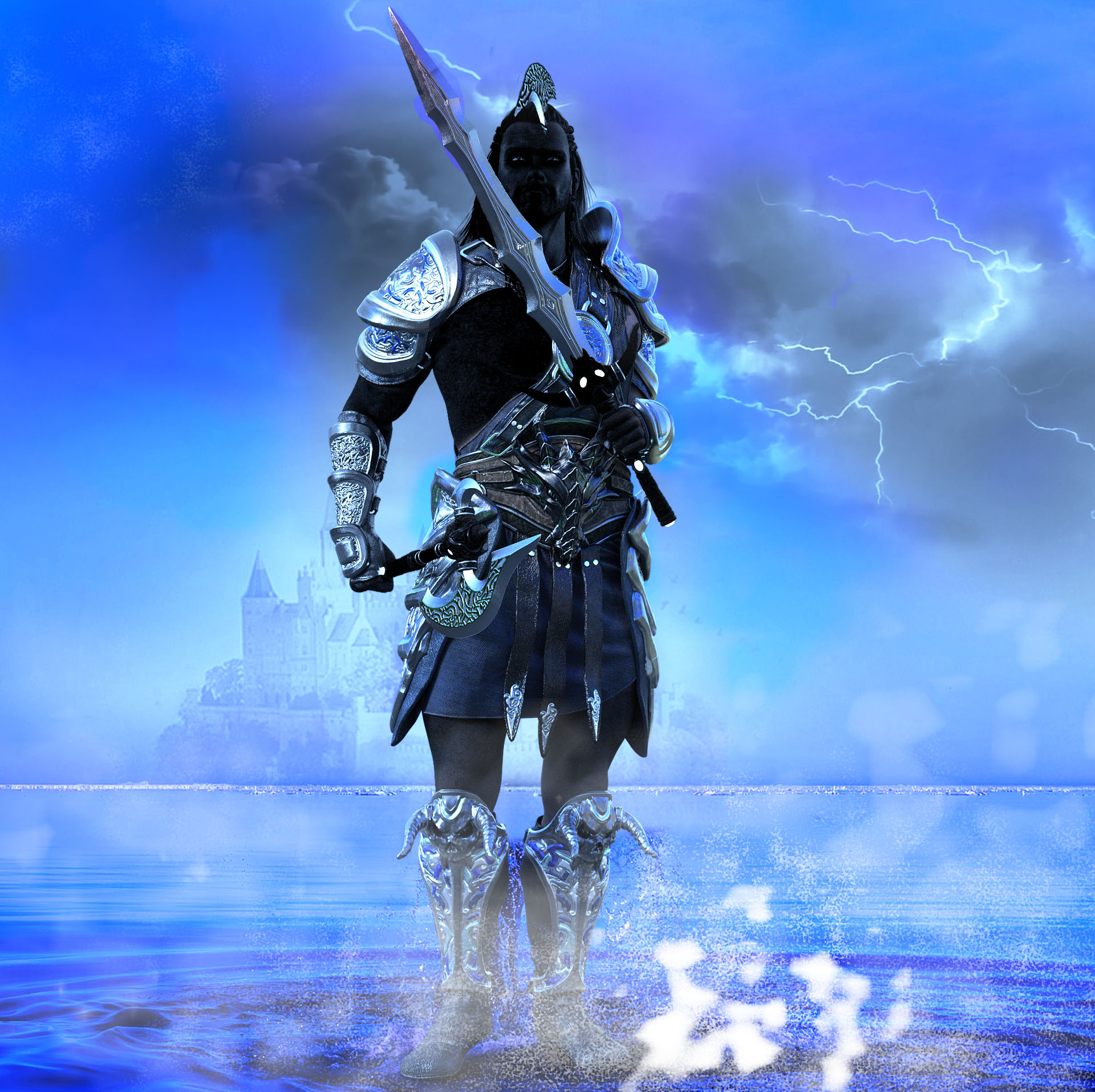 The Story of Beaulam Lamere 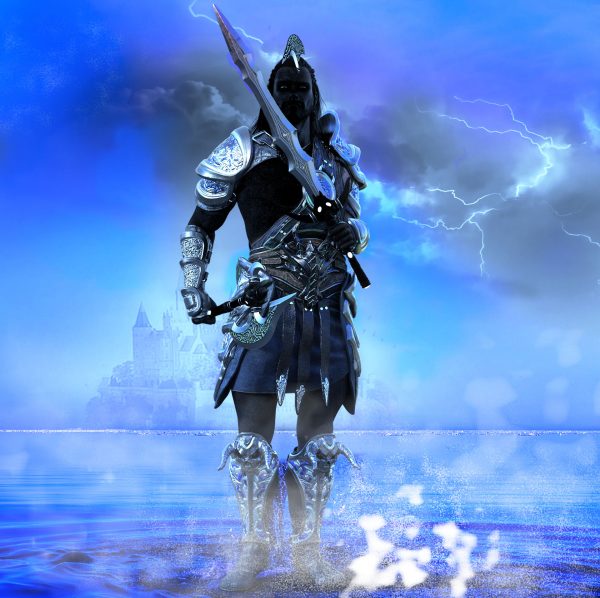 This tale is as old as time, as old as the storytelling itself, this is a story of life, love, death and rebirth.  I introduce to you Beaulam Lamere, the young prince of the ocean and commander of the Aquatic army, powerful spirits who protect the threshold between land and sea.  Beaulam is son of the powerful Riene Lamere queen of the deep sea.  The queen has betrothed her son to the beautiful princess of the forest LaRose Matin.  Beaulam’s life was destined to be magnificent but alas not in the way that Riene had planned.  You see Beau was deeply in love, but in love with a secret lover. Beau was courting Limier Ciel the princess of the sunlight.

This is where the story really begins.

One evening the prince decides that the time had come for him to introduce his mother to the love of his life.  Overflowing with joy the prince decided to put together the most extravagant banquette ever, to commemorate the meeting of the two women he loved most in this world.  To prepare for this grand event he went ashore and with him he brought soldiers from The Aquatic Army, supernatural spirits from all parts of the ocean invaded the shoreline.  The coast was lavishly decorated in royal blues and turquoise to represent the water and streaks of gold for his intended fiancé.  Evening was approaching and still hard at work Beaulam realized that the time was upon him.  At this moment he knew that his love would be approaching the gates of his kingdom, and the Queen would be waiting to see her new daughter. 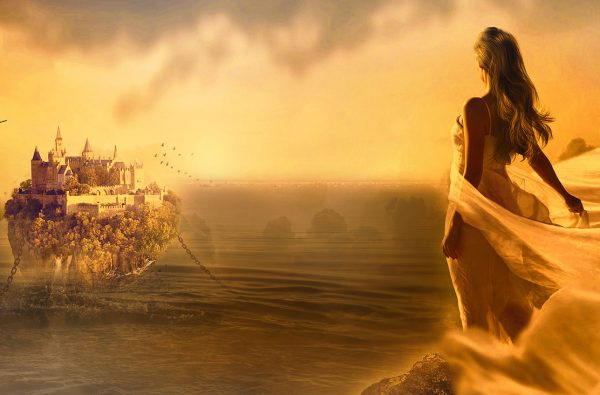 The Queen was waiting at the gate assured that LaRose would be entering the kingdom to seal the final part of her plan, but to her dismay, she was greeted by an unfamiliar face.  This was not the princess she had handpicked.  There before her stood Limier head lowered and arms extended in a peaceful sign of respect.  Her glittering red and orange gown seemed to light up the heavens for miles.  The queen’s face however was awash with unconcealed fury. So as the ocean met the sky there was an exposition of energy and light like never before.  At this time Beau turned around to view the sun approach the horizon, but as they touched, he was blasted with a brilliant detonation of red and orange light.  Shimmering light danced along the water flickering and flashing like a wild fire. Beau was awestruck by the sight before him.  He had no idea why but for some reason he felt an immense sense of dread.  Every fiber of his being told him that there was something terribly wrong.  He raised his arms and with all his power he summoned a mighty wave, he focused a jet stream as he rode towards the light before him.
As he rushed to the horizon the light was quickly dissipating into darkness, then to his distress, almost as fast as it appeared the light fizzled and disappeared and with it the gates to his kingdom faded to nothing. 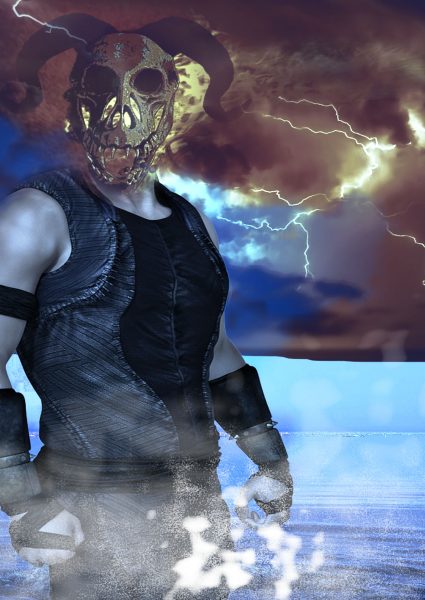 Beaulam was devastated, filled with feelings of disappear and confusion he could not comprehend what he just saw.  His mind became dark and the seas began to boil with anger.  Nothing made sense, he could only think that his defiance of the Queen’s wishes has claimed its first victim, Limier.  Beau ‘s sadness turned to a sinister feeling of revolt and the dark waves around him started to circle the ocean.  Out of the waves manifested dark spirits, laughing and cackling as they surrounded Beau, the were led by a powerful spirit that seemed to devour light as he approached.  These are the JabJab, and with the king Magene Noir these creatures of mischief and distraction seek to control the world.

The JabJab convinced Beau to walk away with them, they offered him a way to ease the pain.  They escorted Beau to the shoreline and there they told him of the beings that live here on the land, mortal beings more beautiful than Limier, they were known as humans.  Magene told Beau that he was destined to be here this evening, for tonight is J’ouvert.  The humans will be enjoying the night dressed in lavished costumes to start the celebration called Carnival and Beaulam can walk with the JabJab among them with no need for disguise.

As they approached the shore Beau could hear the drumbeat of the festival in the distance.  He was slowly drawn into the festivities and quickly got lost in the splendor of the beautiful women before him.  This was all that mattered now, time seemed to slow down to a crawl, Beau didn’t want this to ever end.

Beau captivated the attention of every woman he laid eyes on and they fell under his spell.  As Beau enjoyed the festivities his army of soldiers who also accompanied him, also started to fall for these mysterious beings.  Clad in their blue armor they weaved through the crowd no longer focused on protecting their prince. Each woman who fell for Beaulam one was promised to rule next to him on the throne.  Their children would be more powerful than any other being on earth, in the sea or in the heavens.  The time crept on and then, all of a sudden there was a familiar light in the sky again.  The dance of yellows, oranges and red seen at sunset exploded over the party and everything stopped.  There before Beau stood his one true love Limier in all her splendor.  The blinding light from her presence scared away the JabJab and terrified the humans as they stood frozen in their tracks.

Beaulam was overwhelmed with joy and disbelief as he began to feel the warmth of the sunlight.  With one sweep of her hand Limier called up a breeze that blew over the crowd.  As it rushed through the crowd the wind magically erased the memories of all that happened the night before.  Beaulam’s interest in the humans slowly vanished and so did their recollection of him.  Beaulam was carried away into the heavens to be with his true love.

So was born the story of Beaulam Lamere.  He comes to shore every carnival accompanied by his army of spirits and JabJab.  He lives for the night where he finds love only to end up leaving every morning to be with his love, the princess of the sky.